The first of its kind symposium for the Equestrian Polo community was created and organised through a collaboration of our Sports Engineering and Polo Science groups. The event was strategically advertised through social media (facebook, twitter, instagram …), and the centre and community newsletters, word of mouth and email listings. The engagement of key influences was also well received, this included the worlds top ranked female player, the top ranked NZ players and a world class polo mallet manufacturer. It was shown to have a reach of 10,000 by the day of the event and is expected to have reached many more by the time the recorded presentations and discussions are edited and placed for online viewing.

The evening of the event saw a great turnout with our participant numbers being easily reached. There were forty external people from the polo community, this covered coaches to officials, players and industry people, as well as academics from both Centres (Engineering & Sport Science). The players included some of the highest ranked players in both NZ and the world. The pre-event gathering provided refreshments and an unofficial speed dating where the visitors and organisers met, many for the first time. As participants had travelled up to 400 km to be there it was a great way to thank them and provide a comfortable environment to work from. The symposium was held in traditional Sport Science fashion as a fast paced moving event. The welcome and opening was held in a conventional lecture theatre space where we thanked the ISEA and other event sponsors (https://youtu.be/HlEN19FvNsQ). The first presentation by Polo
Science presented the research and summarised findings since inception (twelve months) of the group (https://youtu.be/PL8M79OWxkU).

For the second session the whole symposium were uplifted and moved through to the biomechanics lab where they had their first introduction to Sports Engineering. The three presentations were delivered with an underlying theme of relationship building through future collaboration. The floor remained open during the prsentations and audience feedback was welcomed throughout (https://youtu.be/F2FSAh5MHBQ and https://youtu.be/14O9WWQAnug) The first part of this session involved a presentation on the application of mechanical principals and theory to Polo. Firstly, the process of characterisation of the mallet was discussed with respect to materials properties, testing methods and mechanical properties. This was then expanded to present the basics of product testing and determination of a polo specific testing regime using both static and dynamic loading. The basis of this was to present to the players and coaches an understanding of how a quantitative measure for their mallets could be produced and how that might be used to enable performance improvements for them. The new bespoke swing machine was also unvailed and discussed with repect to player analysis and feedback.

The second part of this session was focused on the modelling and CFD simulation of the helmet to determine geometrical effects on the aerodynamics. The approach for this work also included an indepth look at international standards applied to head protection in general and the associated testing regimes. The overall aim being to work with players, coaches and helmet manufacturers to improve on current designs through both performance and useability as well as prevention and minimisation of impact injury.

For the third session the participants were again up lifted and moved through to the dynamic testing facility where they received two presentations. The focus of this session was also future projects and the delivery of new technologies to analyse and support player performance. The first presentation introduced the use of GPS tracking devices for the player and mount during play. The initial testing data was shown and the floor was opened to gauge interest and determine where the participants would see value to engage with the project. In a similar fashion the second presentation showed the use of individual heart rate monitors on both players and their mounts. The initial data and the expected value of the technology was discussed with some input from the initial subject. Again, participant discussion was had to determine how these devices could be utilised by the players (https://youtu.be/Vbf5–fjNvg and https://youtu.be/xC2sEtDgw0k).

From here there was a shift to the engineering facility for food, refreshment and networking. This enabled the presenters to be accessible to the other participants to answer questions and complete the discussions from the previous sessions. The final session was a Polo science lead Q&A with the highest ranked female player in the world. This saw some vibrant discussion on the game and the approach taken to training and match play as well as some targeted details on coaching and technique advice (https://youtu.be/LMdvPMhcNrA).

Overall the evening was a hugh success made more enjoyable due to the grant received. This also had the added benefit of attracting other sponsors and connections with business allied to the Equine and Polo communities that we hope to retain for future projects. Discussion around the provision of student scholarships for both undergraduate and graduate students is on going.

Subsequent outputs include; this report, and simliar reports to Engineering NZ and the PoloTimes. Edited videos uploaded to YouTube, and distributed to social media and Polo organisations (All videos can be found here: https://www.youtube.com/playlist?list=PLFUjSdDz8Blbz4eEhB1n9KpE8MSq4vsxR .

We met the intended budget with a little juggling and sponsor input that saw the final accounts cover; Catering (20 %), Particpant travel and accommodation (50 %), Promotional material (20 %), Other (10 %). 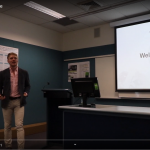 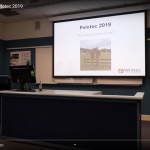 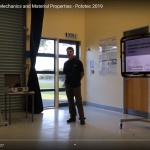 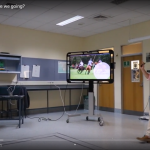 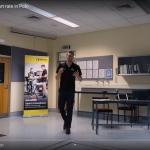 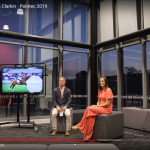 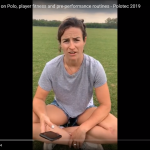