Prevention, Precision and Protection: The Engineering of Sport

1) An Ace History of Tennis at Manchester Tennis and Rackets Club (MTRC) on 20th Oct.,

The participants at the tennis events included festivalgoers, MTRC and The Northern members and members of other tennis clubs. The event at MTRC tended to attract adults, with an interest in tennis and local history, who had booked onto the highly informative guided tours of the historical building, which dates back to 1880 and is the oldest sports facility in Greater Manchester to have retained its use to the present day. In contrast, the event at The Northern tended to attract families who stayed for the afternoon to engage with the more hands on activities, including the opportunity to play with a variety of tennis rackets of different ages. The Zenizz smart court was particularly popular, as was the smart racket with an inbuilt sensor from HEAD. Both events were supported by staff from Wimbledon Lawn Tennis Museum, helping to raise their profile within Manchester, while showcasing the rich history of tennis and The Championships at Wimbledon. Neither event attracted the numbers we had hoped for, possibly
due to their locations away from the main festival hub at the Science and Industry Museum, but feedback from participants (verbal and written) was very positive, so we can consider the events to be a success.

The participants at the snowsport events included festivalgoers, members of public using the ski slope and shoppers/diners, participants in the Boobytrap event and their family/friends and members of local and regional snow sports clubs. We were part of a larger science festival event at Chillfactore, which included disability snowsport, snowmaking, snowsport clothing and a 3D scanner for ski booting custom fitting, amongst others. The event was well attended, and in this instance the location away from the city centre was an advantage, as was the additional appeal of the activities run by others, attracting a different demographic, including youths and families from the local area. We felt that this event was particularly good at introducing youths, who may not otherwise engage in the science festival, to the often hidden science and engineering behind snowsports. We also hope that showcasing and discussing our work will have the additional benefit of encouraging snowsports participants to wear protective equipment.

The three events were also publicised on social media, including an online quiz (bit.ly/msftennis), allowing us to reach and inspire people who did not attend in person. The online quiz included the question “Sports engineers are…?”, and we received the following answers, which we think are insightful and reflective of the verbal feedback we received at the events.

The events were also of benefit to the University students, including undergraduate student helpers and PhD students who had the opportunity to talk about their work with a new audience and develop their public engagement skills. The visitors provided valuable feedback and engaged in discussions, which challenges the PhD students and helps them to think differently about their research. Three of our PhD students are now registered STEM Ambassadors. As a team, we now have better skills, knowledge, materials and activities in place to undertake similar events in the future, as well as teaching and outreach. So far, in addition to Manchester Science Festival we have run activities at, i) Bradford Science Festival, ii) Science Uncovered Manchester European Researchers Night at Manchester Museum, iii) Careers in Sports Engineering at Sale High School, iv) Platform of Investigation at the Science and Industry Museum, v) Women in Physics event at Urmston Grammar on 9th November and vi) Platform of Investigation – Discovering Engineering at the Science and Industry Museum.

In addition, Tom Allen received the award of Faculty Science Communication Champion in 2018, which includes £500 to contribute towards further public engagement activities. 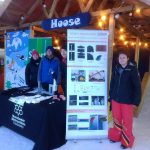 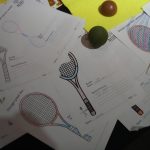 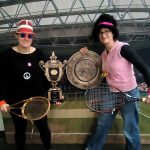